In February 2000, the Family Resiliency Program was established in partnership with The Pampered Chef, Ltd. Doris Kelley Christopher, founder and chairman of The Pampered Chef and a 1967 Illinois graduate, noted that the company and the department shared a common concern: “Being advocates for the family, working to foster resiliency in today’s families, and in finding solutions to family problems.”

In April 2003, The Pampered Chef Endowed Chair in Family Resiliency was established in the Department of Human Development and Family Studies (then the Department of Human and Community Development). Professor Reed W. Larson held the chair from 2003-2008 before Dr. Barbara Fiese took over the position in 2008. Also in 2003, the College of ACES and the Christopher Family Foundation announced its support of Doris Kelley Christopher Hall, which was described as "a critically important component to the larger objective of establishing a world-class center on family resiliency that will be home to innovative research, education, and outreach initiatives to enrich child and family wellbeing in the context of communities.”

The Pampered Chef expanded its support for the Family Resiliency Program in 2005. For the first time, this enabled it to provide funds for dissertation research awards, as well as for additional faculty research grants and public engagement activities.

The vision of establishing a world-class center on family resiliency was realized in March 2006 upon the completion of Doris Kelley Christopher Hall and the founding of the Family Resiliency Center. Efforts began immediately to systematically connect research, application, and policy to help strengthen families’ abilities to meet life’s challenges and thrive. Center leaders emphasized the crucial role of externally-funded transdisciplinary research, dissemination, community outreach, and professional training in the center’s growth and development. Laurie Kramer served as the first director from 2002 to 2007 and was followed by interim director Constance Shapiro (2007-2008), and director Barbara H. Fiese (2008-2020). Jacinda K. Dariotis became the current director in August of 2020. 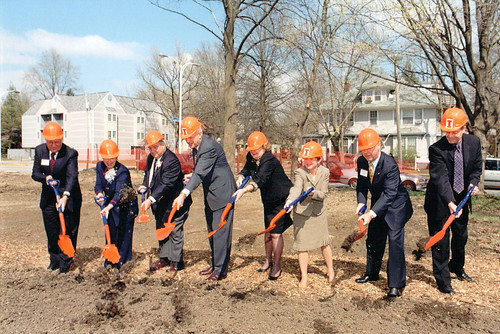